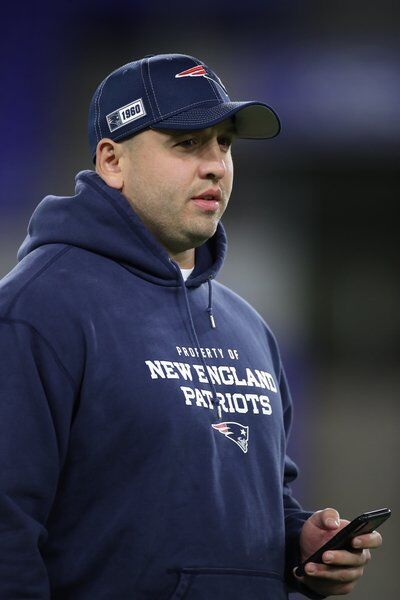 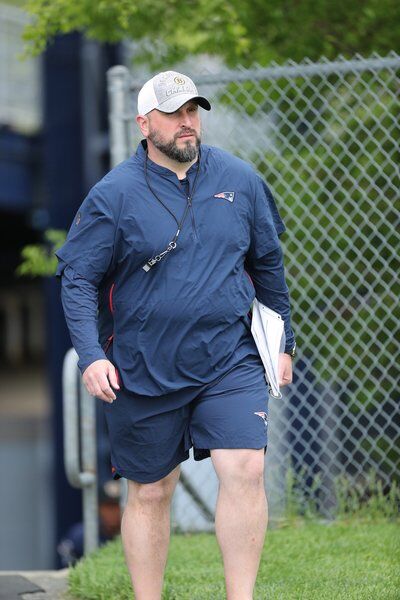 It's not easy being the guy who follows The Guy.

Taking over for someone who has been around decades, someone who is widely considered the greatest at his job in NFL history. That's a tall order under any circumstance. Having to fill those shoes this year, with all the chaos surrounding the coronavirus pandemic, that's another thing entirely.

After the 72-year-old Scarnecchia announced his retirement following the 2019 season, Popovich and Bricillo were named co-offensive line coaches. Despite the pandemic and a litany of injuries across the offensive line, the two have maintained the standard of excellence set by Scarnecchia and the line remains one of the strongest position groups on the team as well as one of the best in all of football.

"Dante has obviously set the bar extremely high here for many, many years, and those guys were fortunate to learn from Scar and they've tried to take a lot of the things that he's done and taught our players and tried to apply them to themselves," said Patriots offensive coordinator Josh McDaniels. "I have a lot of confidence in those two guys."

Popovich, 35, has been with the Patriots organization in various capacities since 2015, but prior to that was an All-American offensive lineman at Fresno State, where he was teammates with future Patriots linemen Logan Mankins and Ryan Wendell. He later coached the position at Los Angeles Valley College, Fresno City College and Minot State.

Bricillo, 44, is a newcomer to New England by comparison, having spent just one year as a coaching assistant with the Patriots before his promotion. Prior to that, he spent nine years as offensive line coach at Youngstown State and was a two-time First Team All-Conference center at Duquesne in the mid-1990s.

That experience, and their prior tutelage under Scarnecchia, has translated well in their new roles with the Patriots.

One of the keys to success for Popovich and Bricillo has been their ability to resist the temptation to make their own mark, essentially following the doctrine of "if it ain't broke, don't fix it." Both coaches have spoken glowingly of Scarnecchia and the system he helped create.

"We’re hoping to continue the tradition and the expectations and continue the standard," Bricillo said in October. "I think the guys are working hard and that’s a standard that’s always been here and I hope we’re continuing that portion of it."

Where Popovich and Bricillo have made their mark is in the way they've handled the many curveballs thrown their way since being promoted. Besides the obvious logistical challenges created by the pandemic, New England has also fielded five different starting offensive line combinations due to injury, plus several games where the line was shaken up midgame. Despite that, New England's offensive line has helped produce a rushing attack that ranks second in the league (161.1 yards per game) and is tied for fifth in average pocket protection time (2.5 seconds).

The pair have also overseen the development of sixth-round draft picks Mike Onwenu and Justin Herron, both of whom have made an immediate impact as rookies and rank as the biggest steals in the draft.

"They work hand in hand," Onwenu said. "Both of them are in sync and telling us the same thing, and we're reciprocating in what we're supposed to do."

Bill Belichick said the decision to go with two offensive line coaches was made in large part because it's the biggest position group on the team. The Patriots currently have nine players on the active roster, two more on injured reserve and another player on the practice squad. Belichick said Popovich works more closely with the starters and Bricillo with the developmental players, but overall the two have worked together.

"It's good situation," Belichick said. "We’re fortunate to have two good coaches at that position, and I think that's really beneficial for everybody."