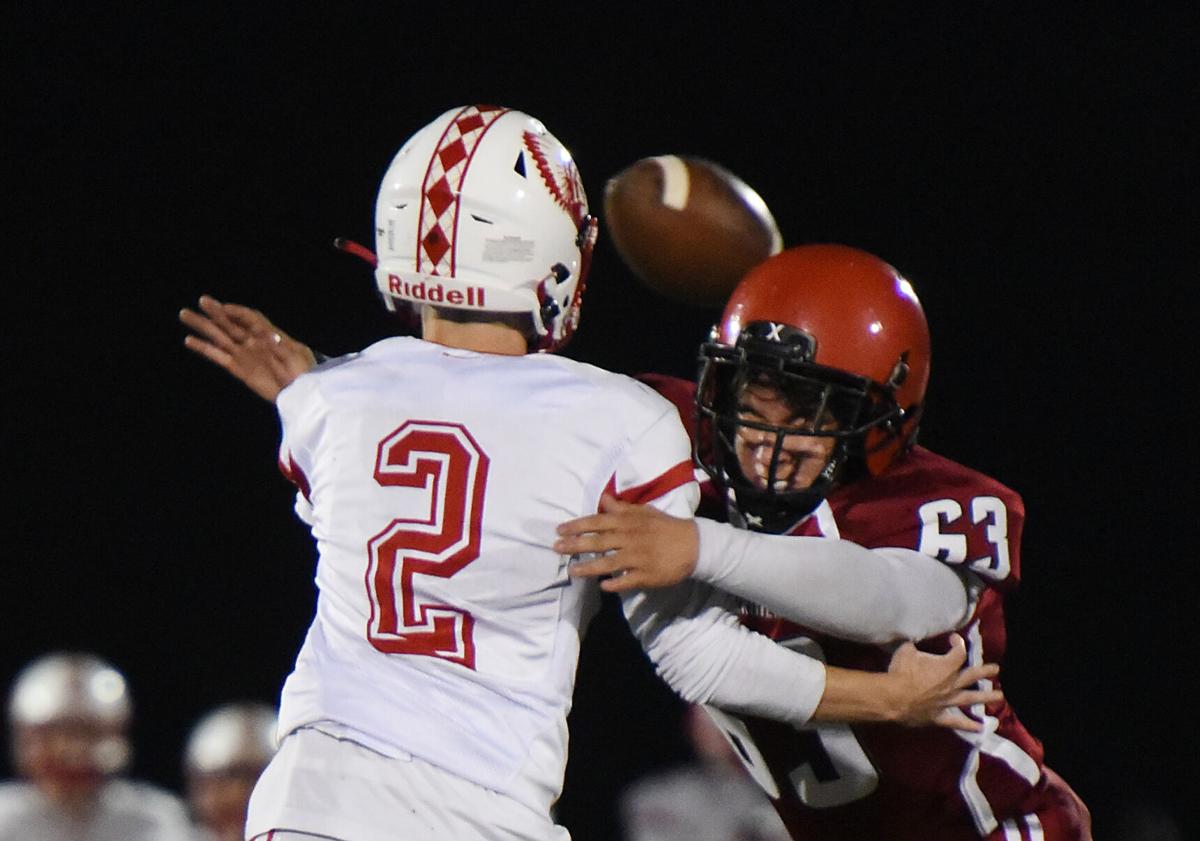 Gloucester’s Michale Toppan, right, almost gets the sack on Saugus’ Sean O’Rouke but forced an incomplete pass on the hit in Friday’s game at Newell Stadium. 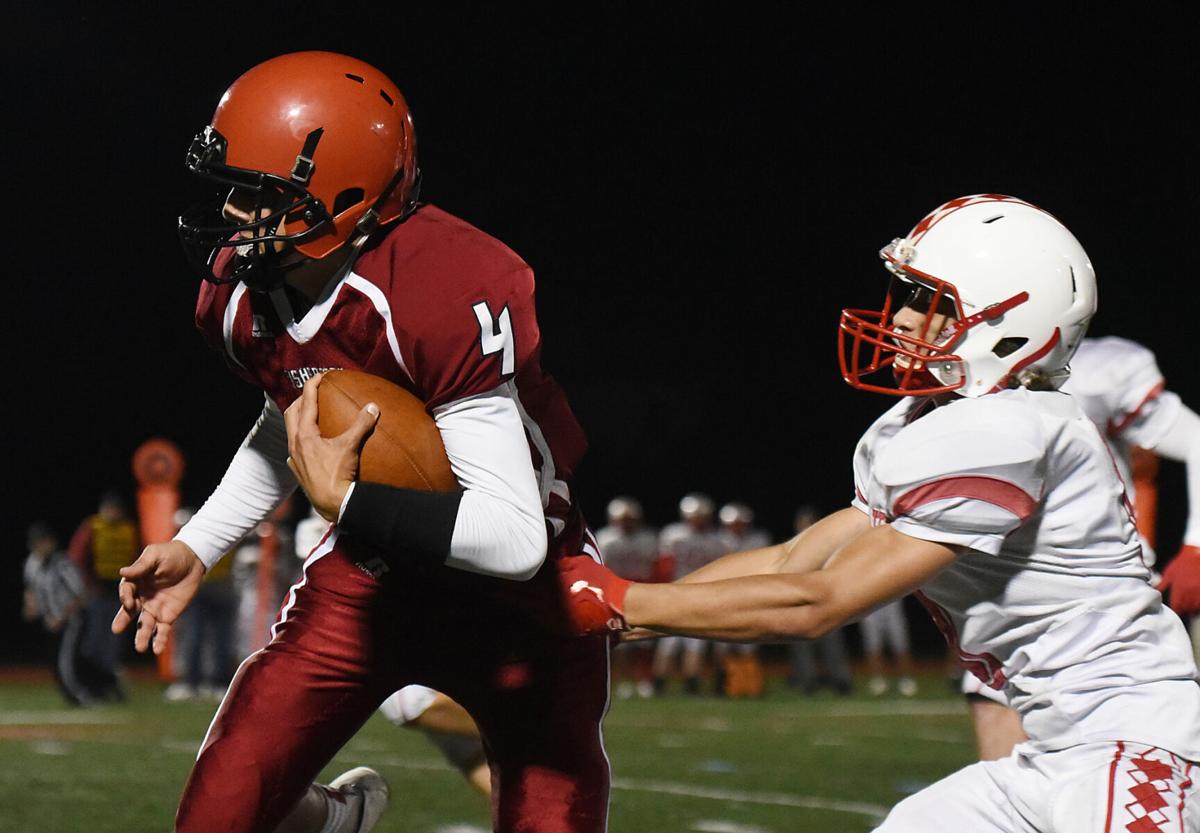 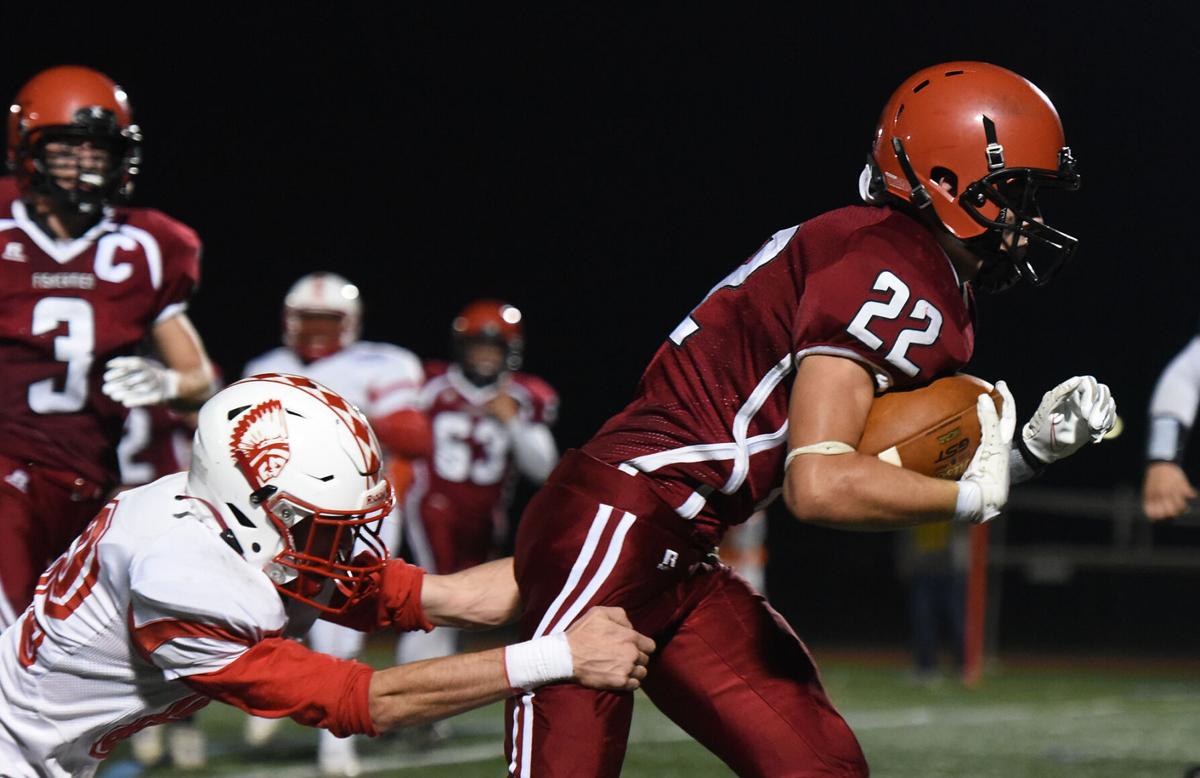 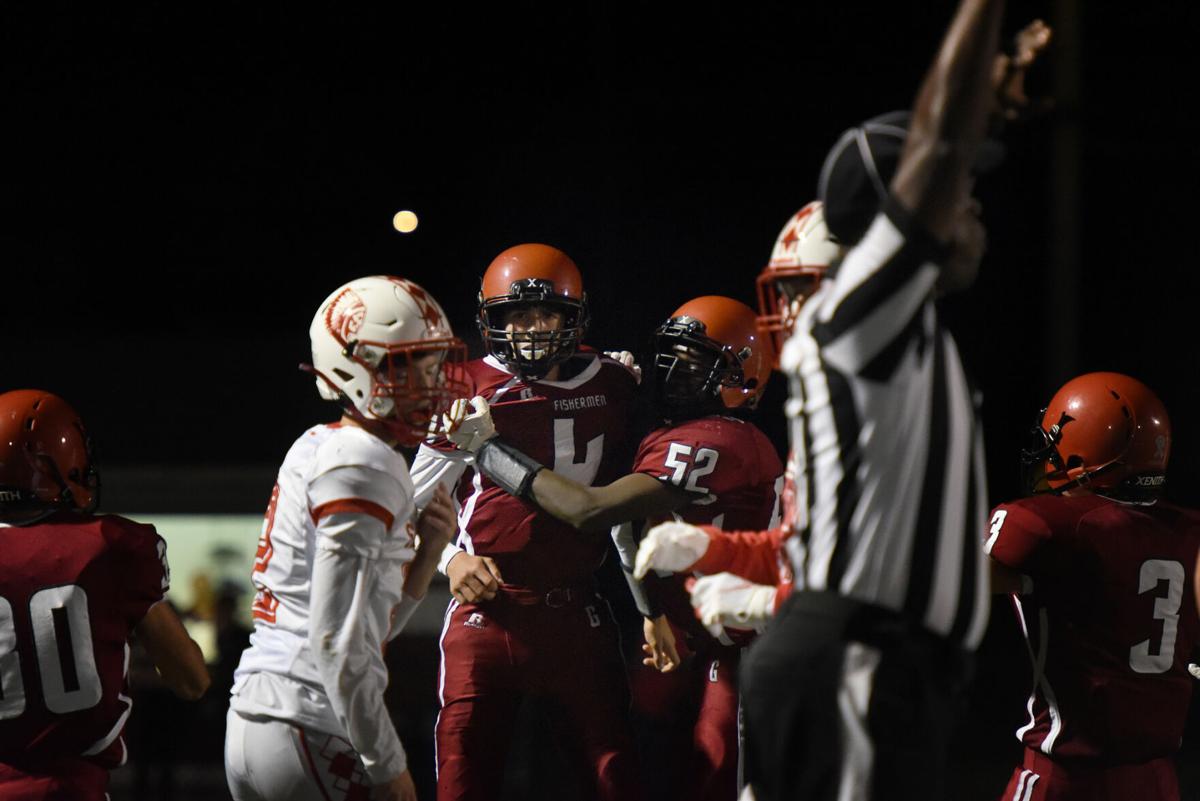 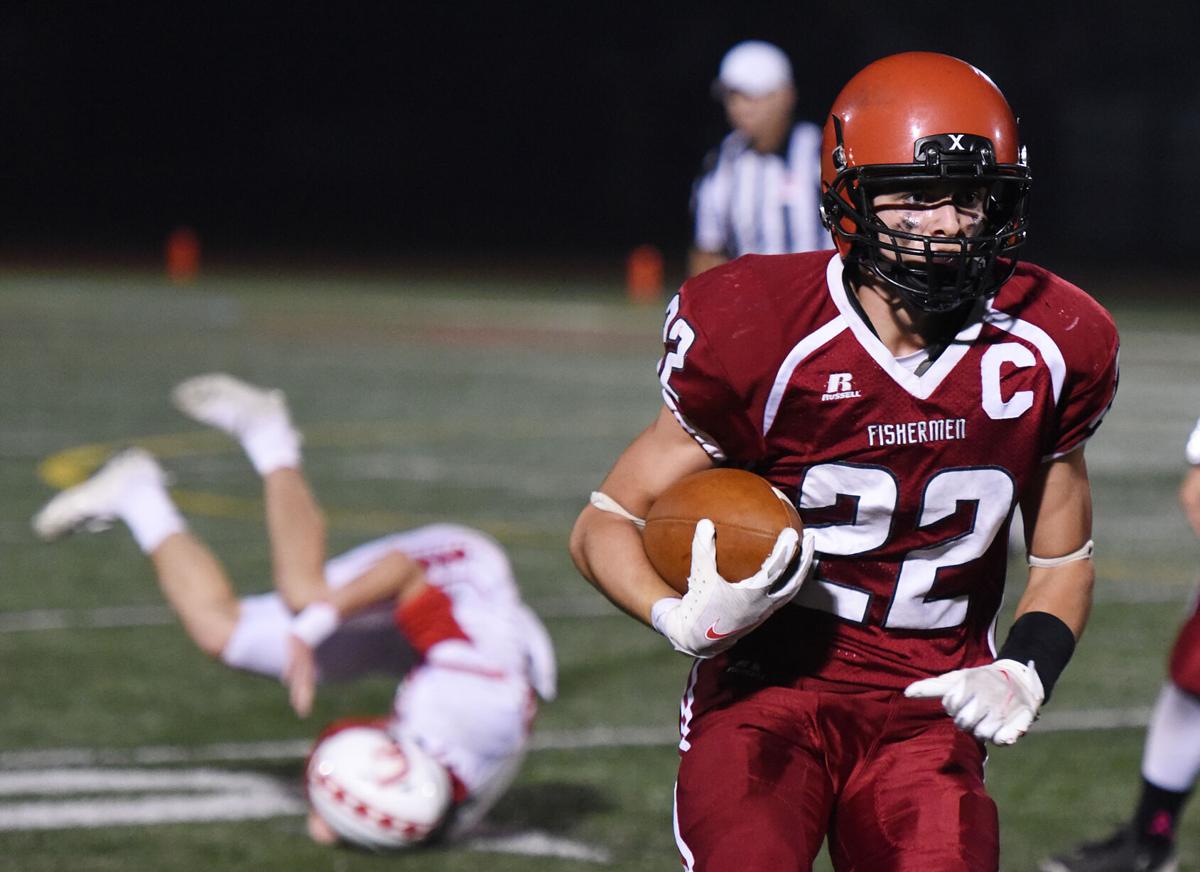 Gloucester’s Frank DeSisto runs toward the end zone on a two-point conversion in Friday’s win over Saugus.

Gloucester’s Michale Toppan, right, almost gets the sack on Saugus’ Sean O’Rouke but forced an incomplete pass on the hit in Friday’s game at Newell Stadium.

Gloucester’s Frank DeSisto runs toward the end zone on a two-point conversion in Friday’s win over Saugus.

The Gloucester football team has waited five long and difficult weeks for what it earned on Friday night. The Fishermen returned home after a four-game road trip, all defeats, and turned in their most complete performance of the season en route to a 20-7 win over Saugus in a game they controlled from start to finish.

The win moves Gloucester to 1-5 on the season and snaps a nine-game losing streak dating back to the “Fall 2” season this past spring.

“I’m happy for the kids, they earned this one,” Gloucester head coach Dan O’Connor said. “The last five weeks have been hell for us but we have been working hard and wanting to get better. Tonight we got back to playing hard-nosed, Fishermen football.”

Gloucester came into the game struggling on the offensive side of the football, but on Friday night the team matched its season point total with 20-points on three touchdowns, scoring more than one touchdown in a game for the first time this season.

In recent weeks, the Fishermen have primarily run the spread offense and it was all spread again on Friday. Gloucester was able to find some serious balance as quarterback Nick Carey put up a season-high 102 yards passing on 10 completions including a touchdown. He also ran for a season-high 51 yards and a score.

On the ground, Caleb DeCoste ran for a season-high 106 yards on 12 carries including a 47-yard second quarter run that helped get Gloucester out from deep in its own territory and set up the team’s second touchdown of the night. Carey and Frank DeSisto picked up some nice yards on outside runs.

Most importantly, the Fishermen finished off drives when they got the chance, scoring on three of four trips inside the 30-yard line.

“We were able to sustain drives and finish off drives,” O’Connor said. “We can still play physical football out of this formation. We’re going with what has worked best with the personnel we have.”

Carey opened up the scoring with a 25-yard touchdown rumble on a quarterback sweep left to make it 6-0 on Gloucester’s first drive of the game. In the second quarter, Carey hit DeCoste on a drag route for an eight-yard touchdown pass with DeSisto adding the conversion to make it 14-0, where it stood at the half.

Saugus got back in the game in the third quarter. After a Gloucester drive stalled just inside the 30, Sachems quarterback Sean O’Rourke hit receiver Drew Gardiner (9 receptions, 128 yards) for a 47-yard touchdown to cut the deficit to 14-7.

Gloucester, however, had an immediate answer as DeSisto added the third touchdown of the game on the first play of the fourth quarter to cap the scoring at 20-7.

“That drive right away getting back after the score was big,” O’Connor said. “We got the momentum back and didn’t let them back in it. That was a confident drive.”

Gloucester’s defense was also up to the task. Outside of the one long touchdown pass, the Fishermen were all over the Saugus offense. The Sachems mostly threw the ball, but were held to a large number of short completions. Gloucester’s blitz was on point, getting pressure on O’Rourke and O’Connor was quick to credit the tackling of cornerbacks Cam Widfeldt and Jamir Vernet along with safeties Robbie Schuster and Aidan Cornetta, who had a big interception after Gloucester scored to make it 20-7.

“Our defensive backs tackled well tonight, they came up and made plays,” O’Connor said. “Cornetta was around the ball all night, it was his best game of the season.”

Gloucester is back in Northeastern Conference South action next Friday night at Peabody (7 p.m.).