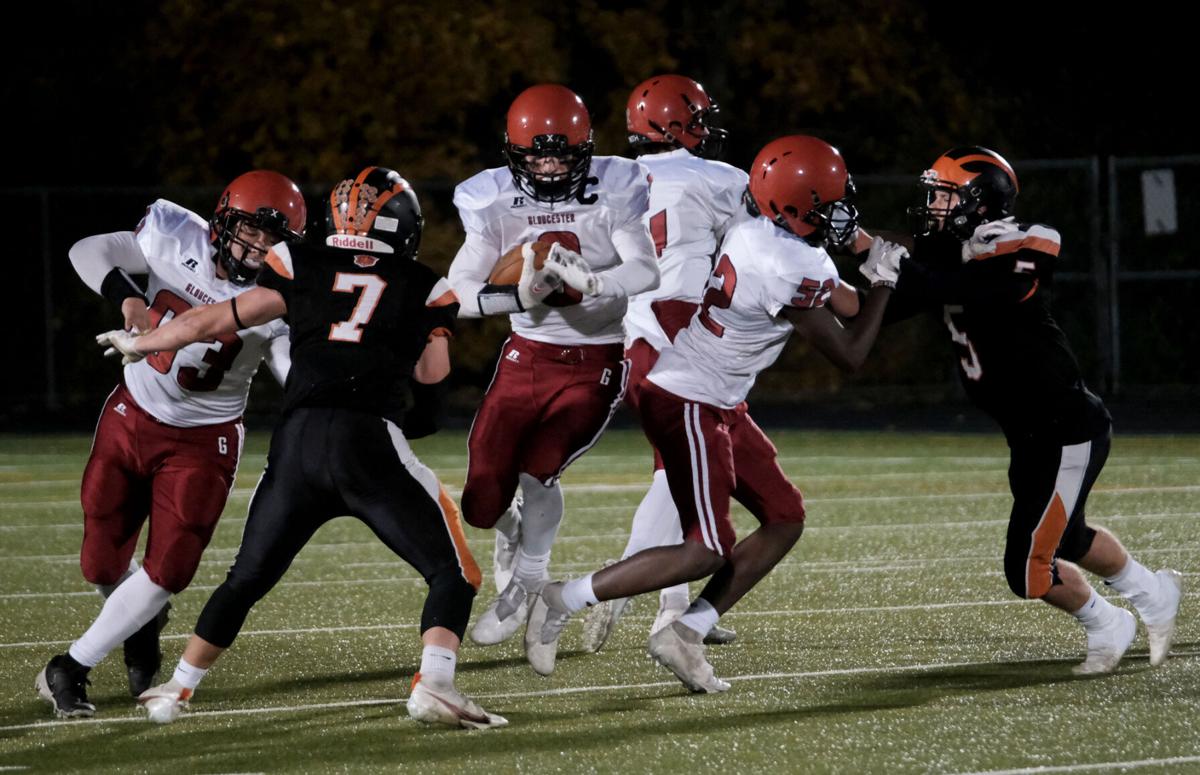 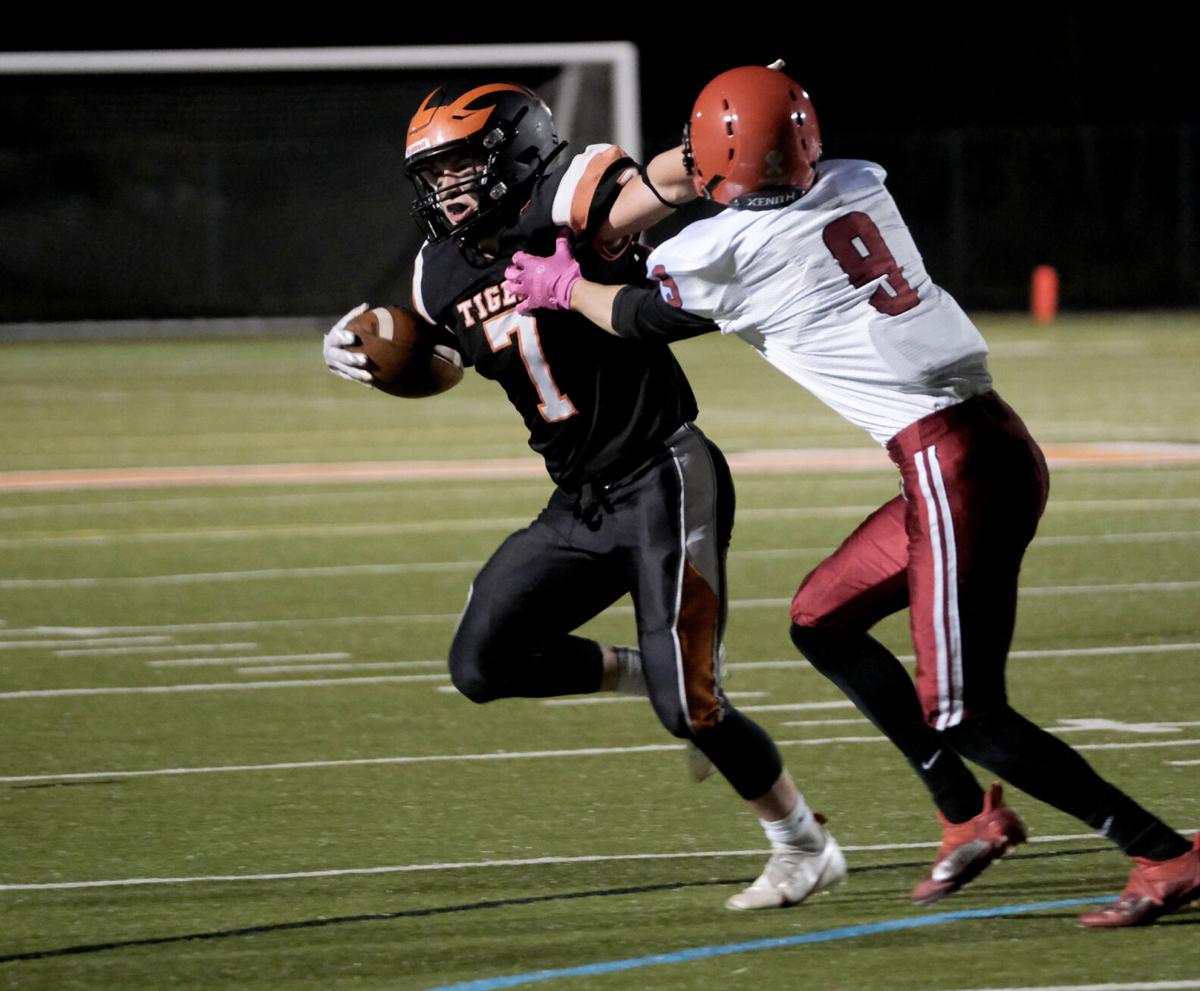 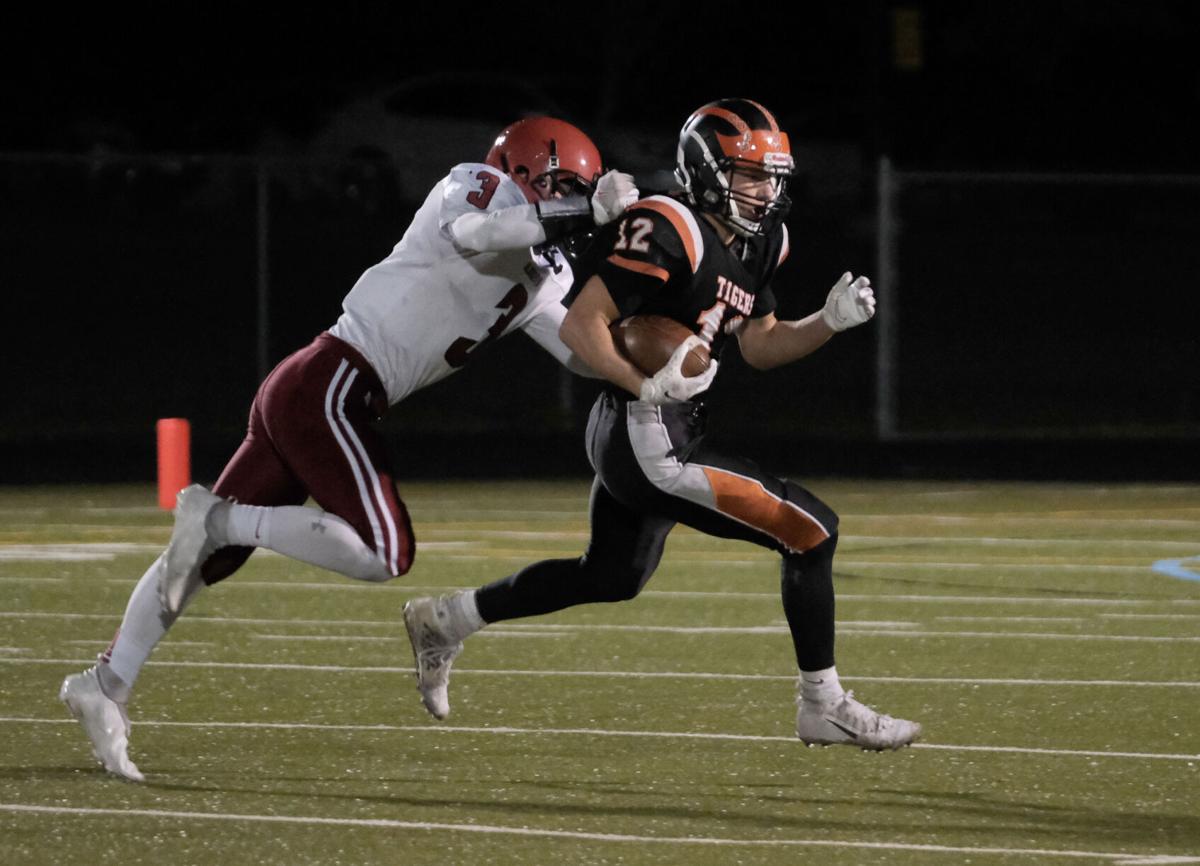 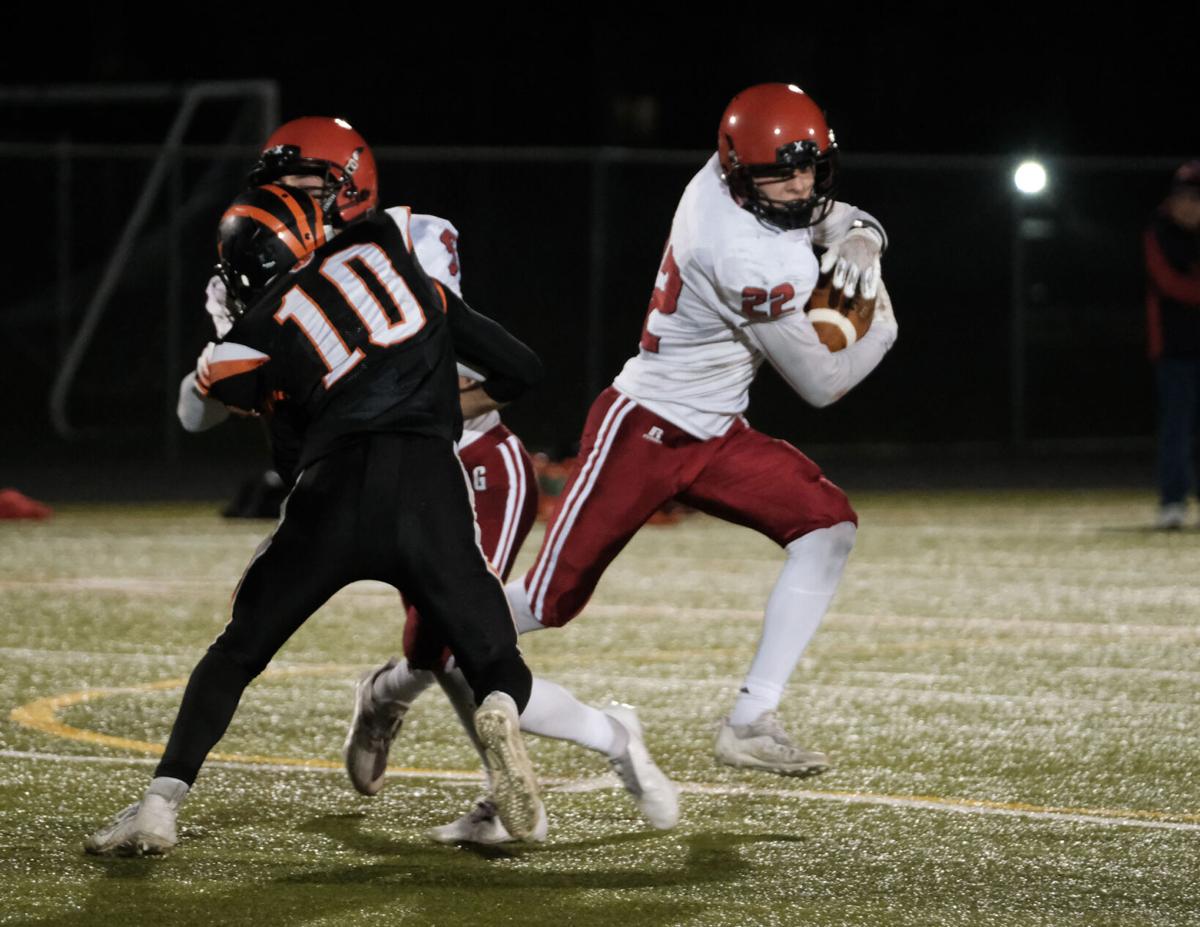 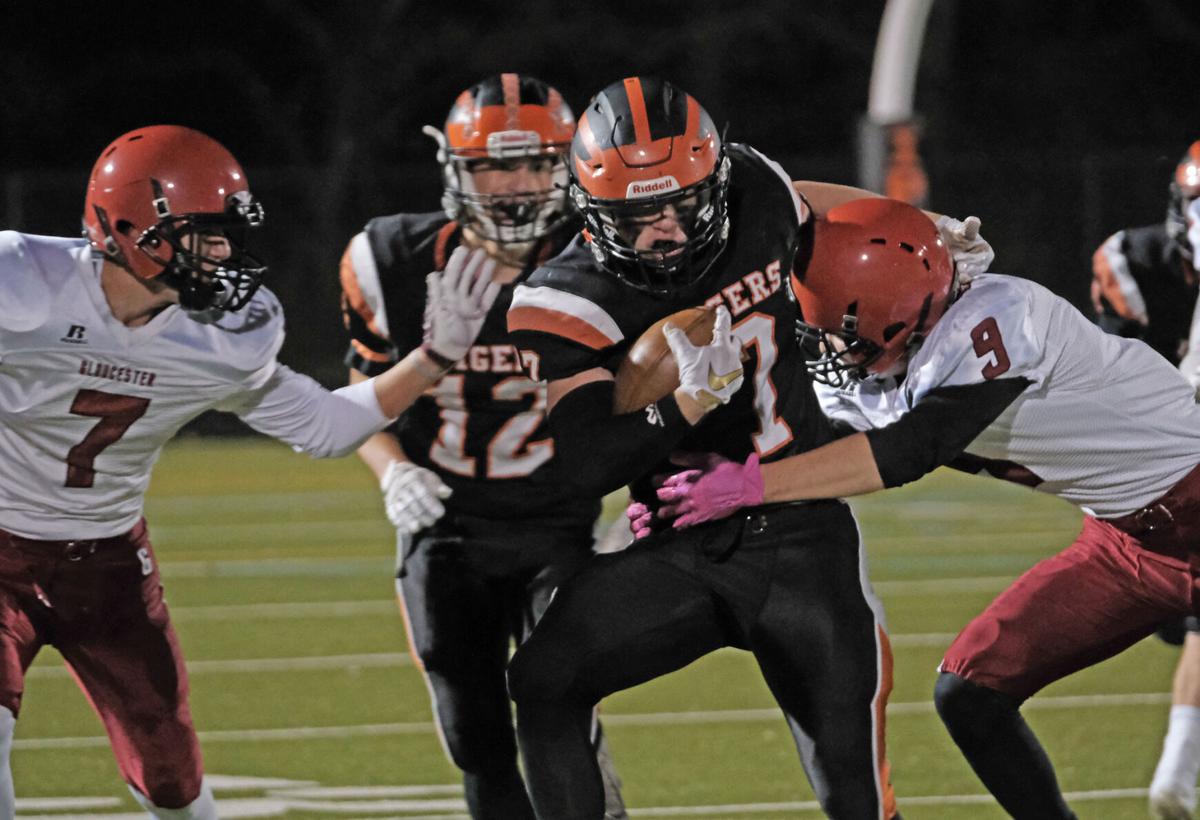 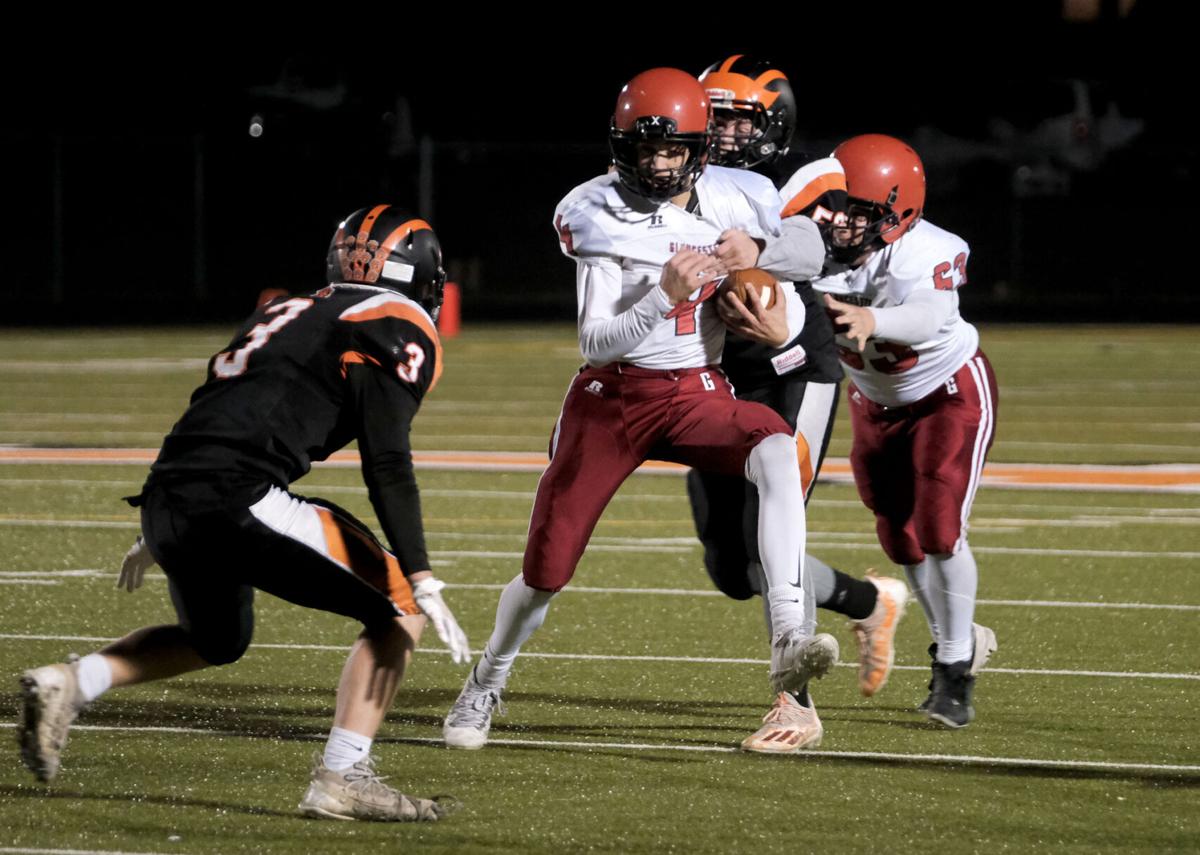 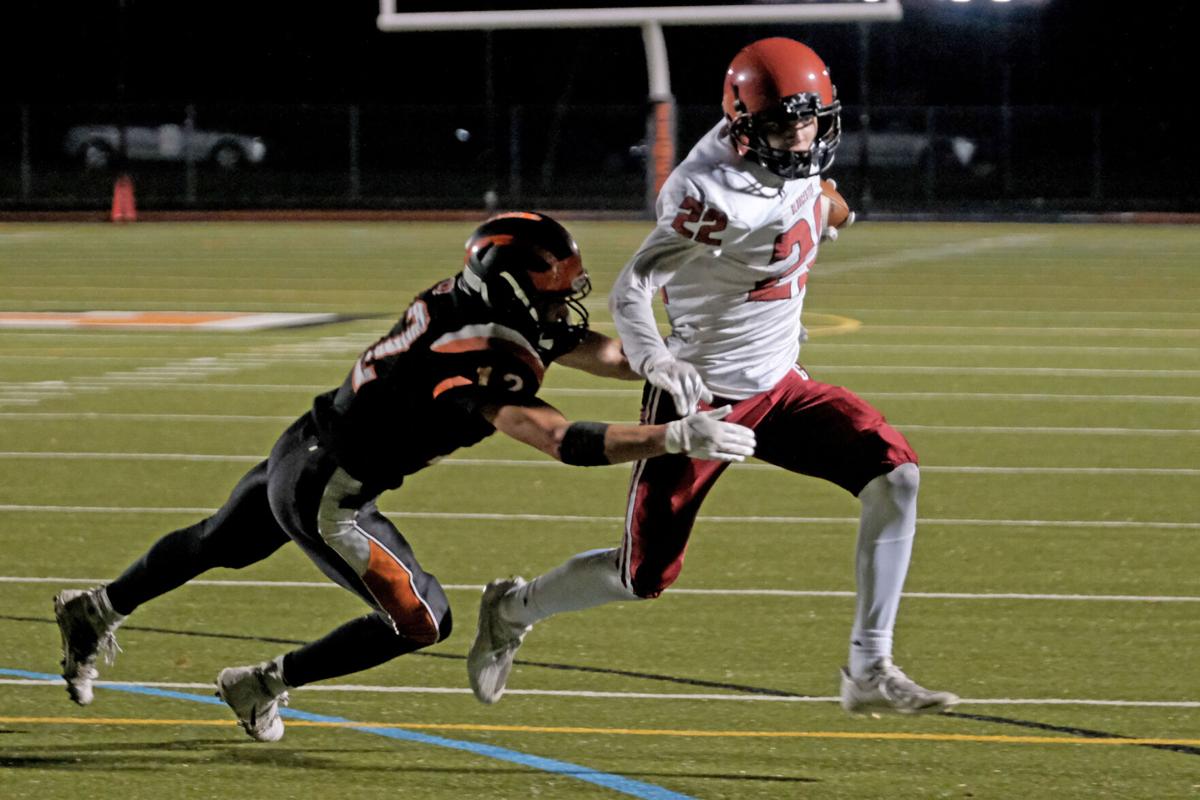 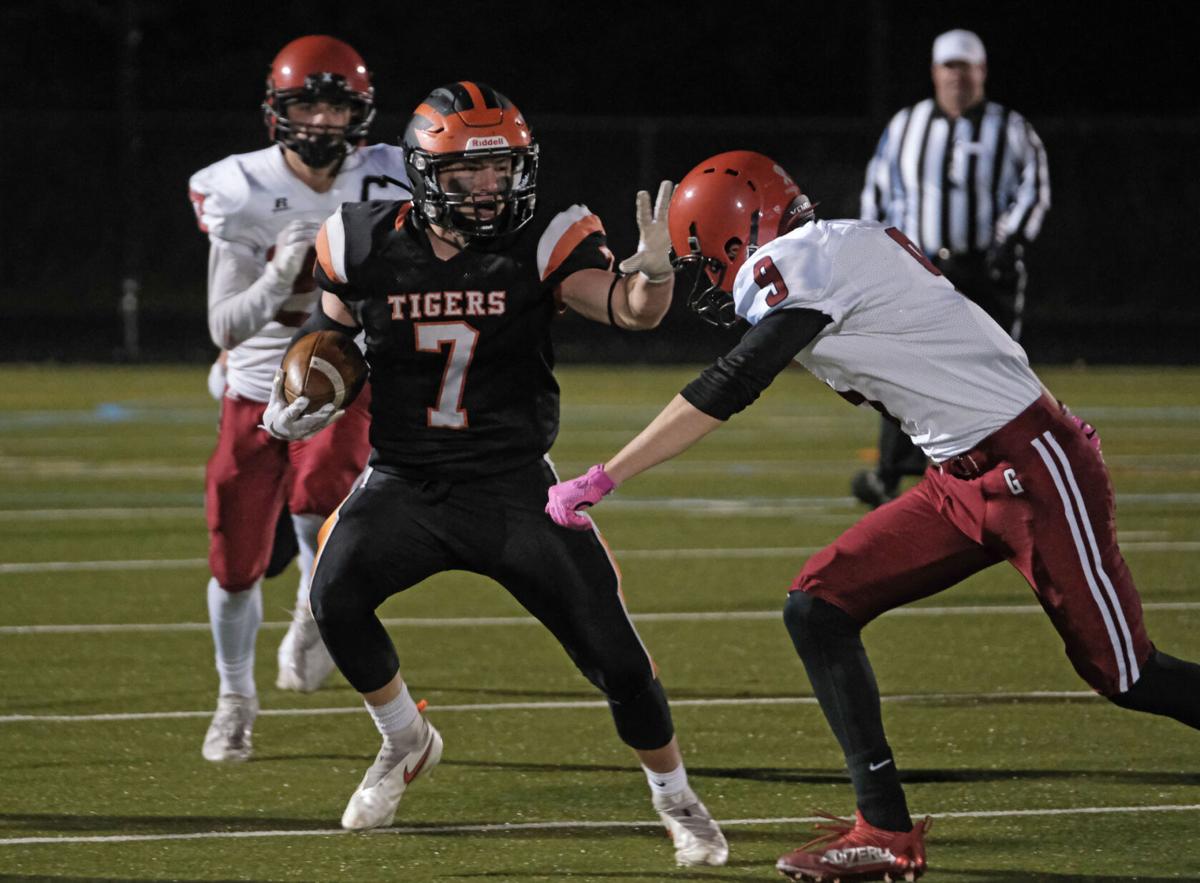 Thursday’s consolation round football contest between Gloucester and Ipswich was the last chance for both teams to build up some momentum heading into the final game of the season on Thanksgiving.

In a game that featured several big swings in momentum, it was the Tigers that were able to ride that final wave with two unanswered touchdowns to finish off the game en route to a 29-22 win at Jack Welch Stadium. The win was Ipswich’s first of the season as they move to 1-9 while Gloucester falls to 2-8.

“It’s a big relief to get this one but it feels good,” said Ipswich head coach Zack Lamkin, who picked up his first win as head coach. “We have a bunch of tough kids that got us over that hump and we stayed composed when the momentum swung against us.”

For Gloucester, it was a disappointing follow up to a victory a week ago over Arlington Catholic.

“It was execution tonight,” Gloucester head coach Dan O’Connor said. “The things we did well last week we didn’t do this week. We weren’t as locked in at practice and we didn’t execute as well come game time.”

Ipswich looked to be in control at the half with a 15-7 lead while chewing up yards on the ground offensively. and they picked up some more momentum on Gloucester’s first drive of the second half as the defense made a big stop in the red zone after Aiden Cornetta returned the second half kickoff 54 yards to the Tigers 11 yard line.

The visiting Fishermen, however, would take the lead in the third with a big momentum swing.

Frank DeSisto raced 47-yards to the end zone after the Gloucester defense forced Ipswich to its first and only punt of the game. He added the conversion to tie the game at 15-15. On the ensuing kickoff, Gloucester kicker Cameron Widtfeldt executed a perfect onside kick, which took a big bounce after getting past the front line of the Ipswich receiving team and eventually fell into the hands of Cornetta at the Ipswich 30. Two plays later Gloucester had the lead as quarterback Nick Carey hit Widtfeldt on a slant route for a 22-15 edge with just under six minutes to go in the quarter.

“We gathered the team after that happened and just told them to stick with the plan and keep the composure,” Lamkin said. “They ended up doing that and it was great to see.”

Ipswich quickly tied the score on its next drive, culminating with a 23-yard touchdown pass from quarterback Aiden Arnold to Charlie Henderson to tie the score at 22-22, where it stood after the third.

The Tigers defense then forced a punt and the offense put together a 7-play, 70 yard drive for what turned out to be the game winning score, a 36-yard touchdown run from Henry Wright, his third score of the game, to make it 29-22.

Arnold picked off a pass on Ipswich’s next possession but Gloucester responded with an interception by Cornetta. The Ipswich defense, however, stopped Gloucester a yard short on a fourth-and-four attempt to kneel out the win.

The Tigers also got off to a big start with a strong first quarter rushing attack as a 1 yard plunge and a six yard reception on a swing pass for Wright paced them to a 12-0 lead.

“We needed to get off to a better start than that,” O’Connor said. “We settled down after that but we put ourselves in a hole early and it cost us.”

Gloucester cut the deficit to 12-7 on a four-yard score from Carey, but Ipswich got the momentum back before the half with a 27-yard field goal from Matias Zapata to make it 15-7.

The Tigers had a pair of 100-yard rushers on the day with Wright’s 126 yards on 20 carries leading the way. David Lonergan had 108 yards on 15 carries to go along with three receptions for 43 yards. DeSisto had 100 yards for Gloucester on 10 carries.

Both teams will finish up the season on Thanksgiving morning. Gloucester travels to Danvers (10 a.m.) while Ipswich travels to Hamilton-Wenham (10 a.m.).