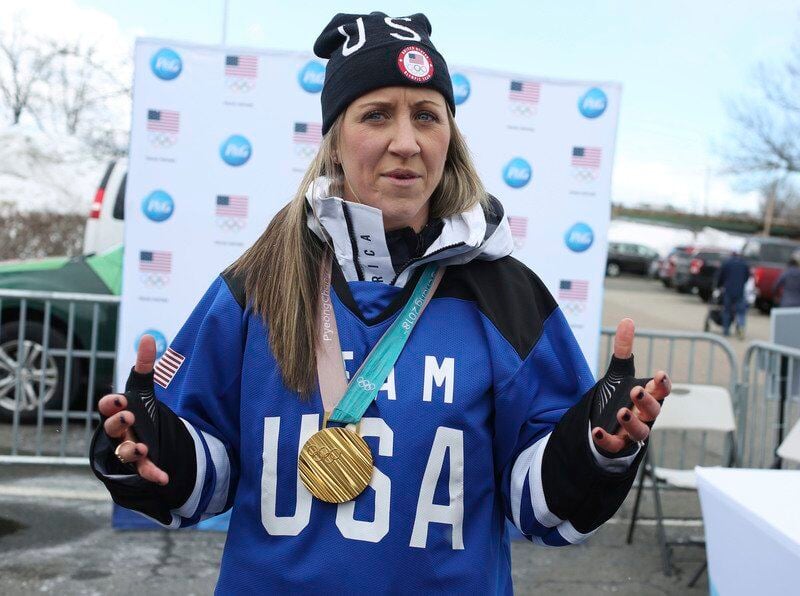 Meghan Duggan of Danvers was the captain of the United States Women's National Team that won the gold medal in ice hockey at the 2018 Winter Olympics in South Korea.Staff file photo/Hadley Green 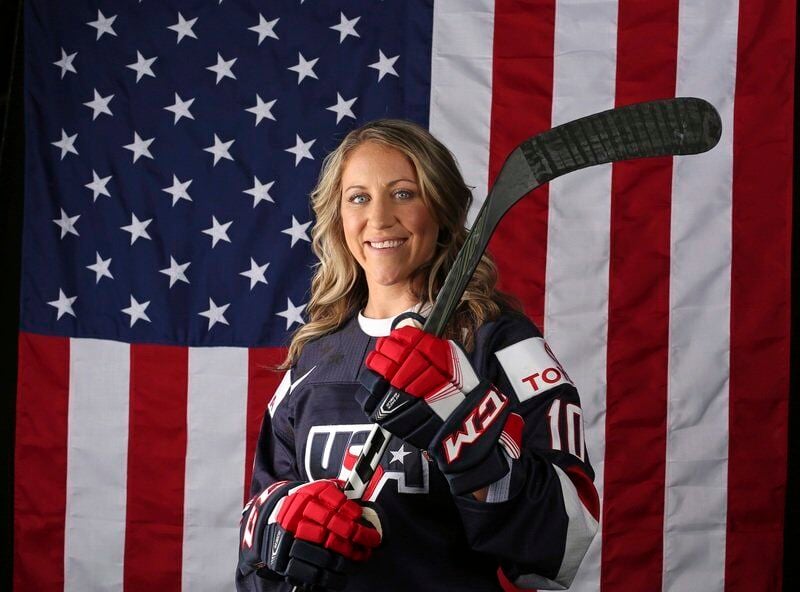 Meghan Duggan of Danvers was the captain of the United States Women's National Team that won the gold medal in ice hockey at the 2018 Winter Olympics in South Korea.Staff file photo/Hadley Green

DANVERS — Hockey superstar Meghan Duggan, the Danvers native and captain of the U.S. Women’s National Team who led her team to an Olympic gold medal at the 2018 Games in PyeongChang, South Korea, announced her retirement from the sport Tuesday.

"Today is an incredibly exciting day for my family and I. But it's also, as you can imagine, still an emotional one," said the 33-year-old Duggan. "I've had a wonderful journey, a wonderful career. It's been an incredible honor and a privilege to be put in a position to have had the opportunities I've had. I'm beyond grateful and thankful for all of those experiences."

"I'm at peace with my decision," said Duggan, who now lives in Connecticut with her wife, former Canadian National Team member Gillian Apps and their son, 7-month-old George. "It's a gut feeling, the right decision for myself and my family."

The youngest of Bob and Mary's three children, Duggan represented her country on the ice for more than a dozen years. In 144 career games playing for Team USA, she scored 43 goals, assisted on 35 others and finished with 78 total points.

A 5-foot-10 power forward who could skate, score, kill penalties and do just about anything her coaches asked of her, Duggan went to high school at Cushing Academy in Ashburnham before matriculating to the University of Wisconsin. There, she helped the Badgers win three NCAA women's hockey championships. She was also named the Patty Kazmaier Award winner as a senior, given to the top player in women's college hockey, and graduated among her school's all-time scoring leaders.

Throughout her career, she has been a staunch advocate for more unbiased treatment for female players. In March 2017, she was at the forefront of the movement with the USWNT in its successful fight against USA Hockey and the disparities in payment and facilities between it and the men's program. Days afterward, Duggan and her squad went on to win another IIHF gold medal, then the Olympic gold a year later.

"That's a big part of our team's legacy, and something I know every single woman on that team is proud of," said Duggan. "I think it's something USA Hockey can be proud of, that we were able to work through that and come out on the right side of history ... that experience brought us together as a team; it empowered us and it encouraged us to be even better moving forward.

"A huge part of my career and my team's careers and what we put a lot of pride in is inspiring that next generation," she added. "We're passionate about it, it's important to us, and it's a huge part of the legacy (of those) that recently played on the Women's National Team."

On a Zoom call with USA Hockey Tuesday, Duggan was feted by, among others, her former Wisconsin and Olympic hockey coach Mark Johnson, former U.S. hockey captain Cammi Granato, current USWNT captain Kendall Coyne, and one of her best friends and longtime teammates, Erika Lawler. Each talked not only about her on-ice abilities, but the characteristics that made her such an impressive leader.

"It's been an honor to be your teammate and your friend," Coyne said to Duggan. "The legacy that you leave on this program is so far greater than the accolades and accomplishments you've made on the ice. You've definitely left this game better than when you entered it."

Duggan said her plans for the future are still up in the air, but that it's "exciting to think about that next step and put time into it." She currently serves on the USA Hockey Board of Directors as well as on the board of trustees for the Women's Sports Foundation, and is a member of the National Hockey League's Player Inclusion Committee.