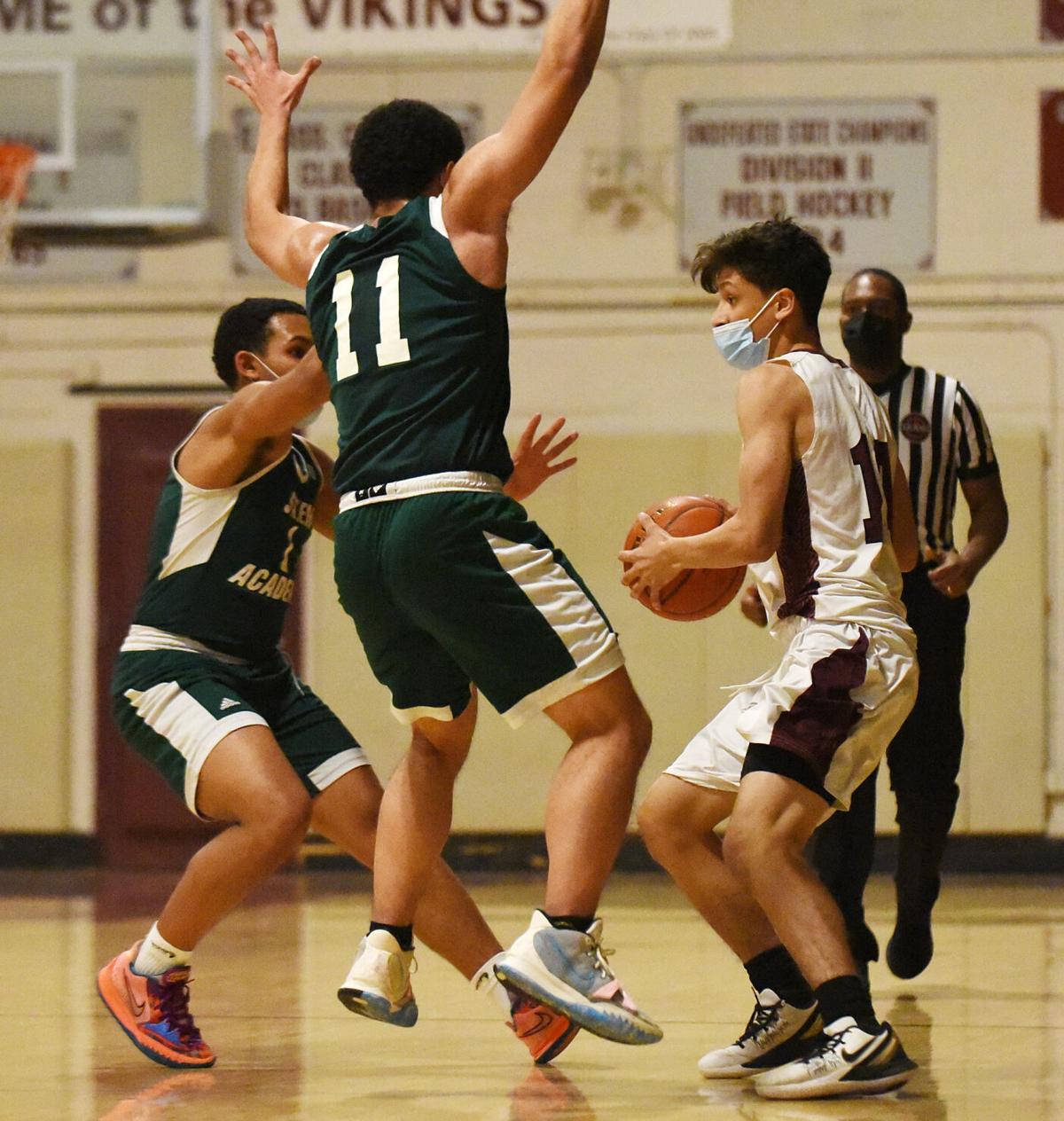 Rockport’s Ed Merz gets trapped by the sideline by Salem Academy’s Jobert Peralta, left, and Lorenzo Peguero in Tuesday’s game at the Rowell Gymnasium. 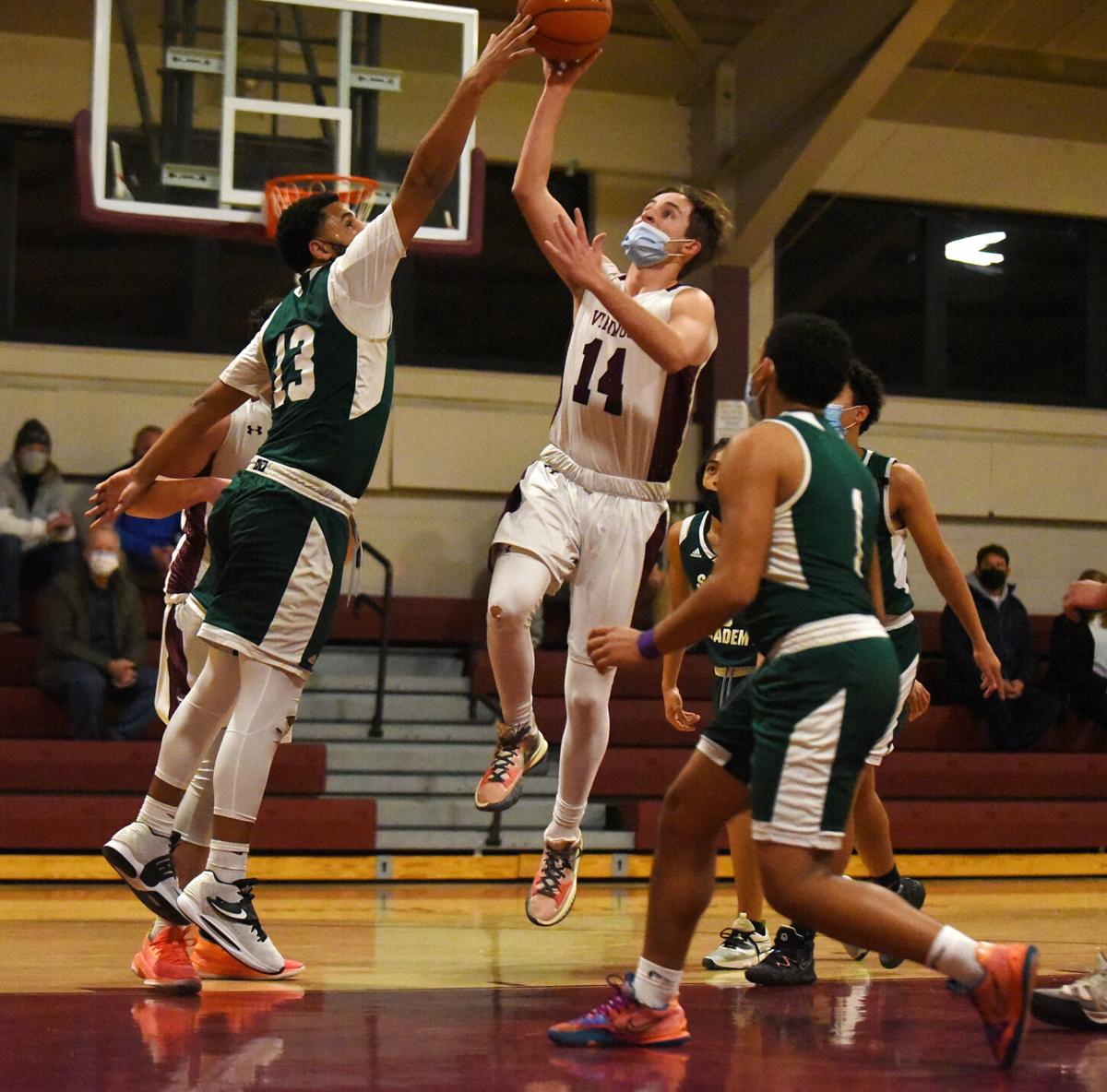 Rockport’s Bowen Slingluff glides through the paint as the Salem Academy defense collapses on him in Tuesday’s game at the Rowell Gymnasium. 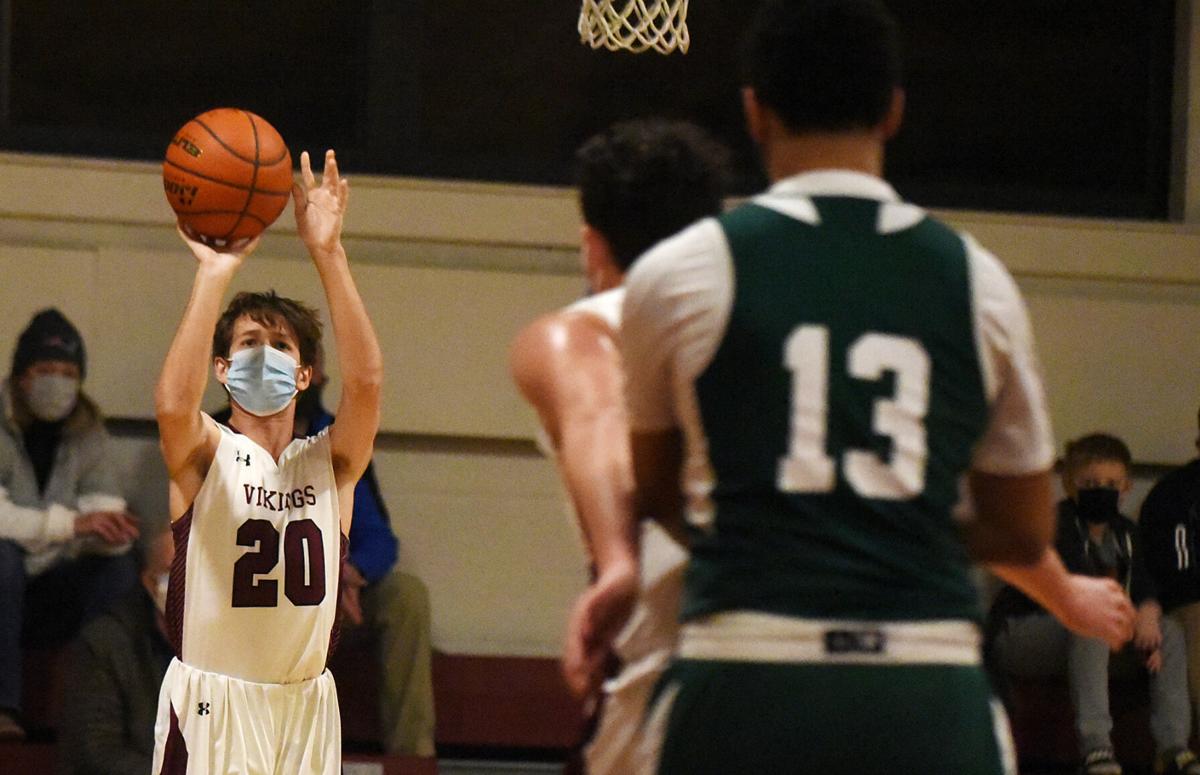 Rockport’s Dan Merz puts up a three-pointer in Tuesday’s game against Salem Academy. 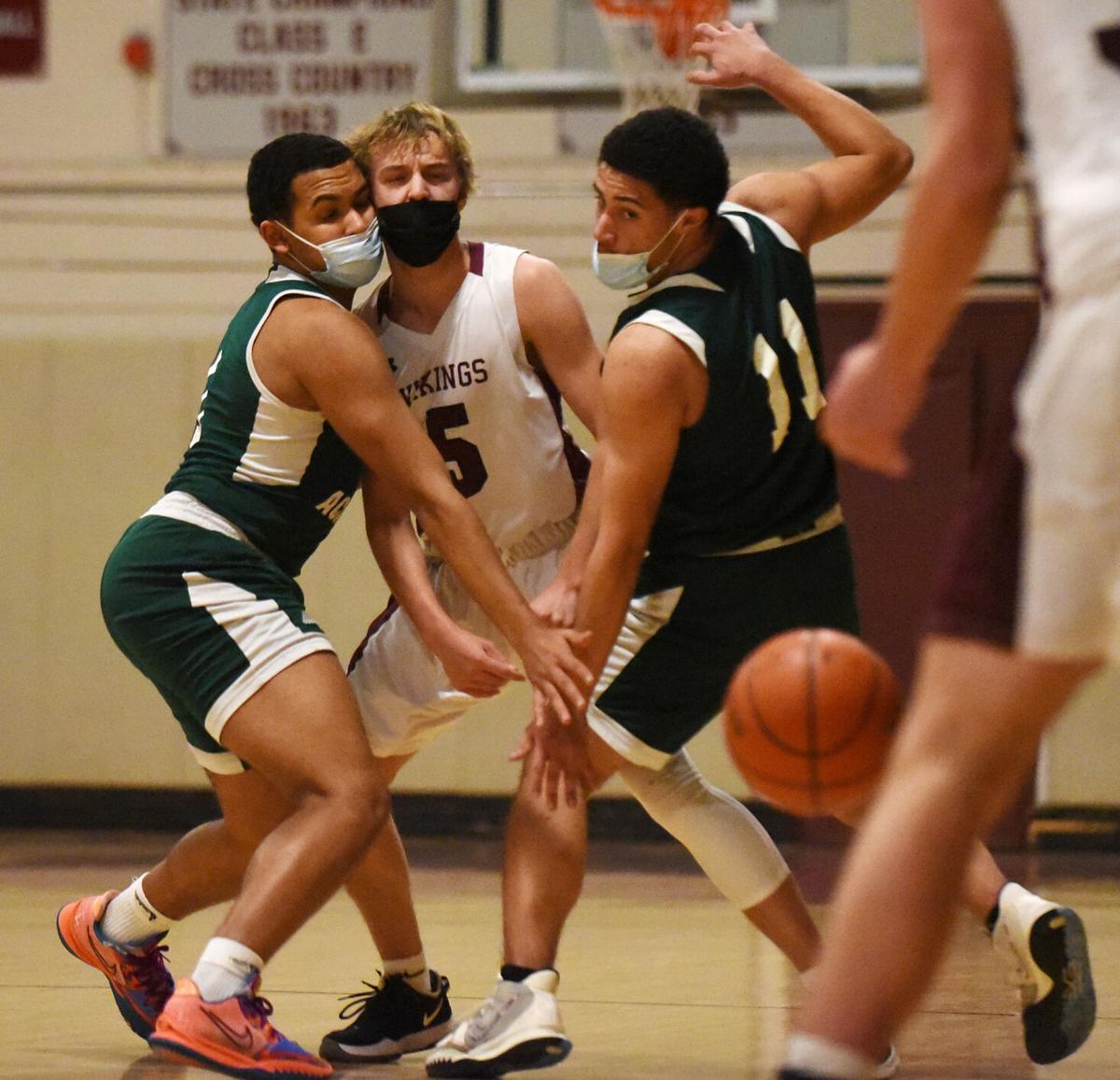 Rockport’s Ed Merz gets trapped by the sideline by Salem Academy’s Jobert Peralta, left, and Lorenzo Peguero in Tuesday’s game at the Rowell Gymnasium.

Rockport’s Bowen Slingluff glides through the paint as the Salem Academy defense collapses on him in Tuesday’s game at the Rowell Gymnasium.

Rockport’s Dan Merz puts up a three-pointer in Tuesday’s game against Salem Academy.

The Rockport boys basketball team hung right with Salem Academy in Tuesday’s night’s non-league contest at the Rowell Gymnasium. The Vikings and Navigators were fairly even when it came to turnovers and rebounds, but the host Vikings just could not muster up enough offense in a 54-43 setback.

A slow start had Rockport playing from behind right away as it scored only three points in the opening quarter.

“We couldn’t hit the ocean from a boat in the first quarter,” Rockport head coach Phil Whitley said. “Outside of a shot or two that were forced we didn’t take any bad shots, we just couldn’t get them to fall. But you have to tip your cap to Salem Academy, they definitely outplayed us.”

Playing primarily a 2-3 zone, Salem Academy made every offensive possession difficult for the Vikings (0-7). The Navigators (7-2) were quick enough to close in on Rockport’s perimeter shooters and collapse on players in the post leaving Rockport with few places to go for open looks. The Vikings were 1-for-17 from the floor in the opening eight minutes and found themselves down 12-3 after one quarter of play.

“They were quick closing in on our shooters and we could never really get a good handle on the ball to get the shots we wanted,” Whitley said. “And they could clog up the middle forcing everything to the outside. It’s tough playing from behind right away like that.”

Rockport started to find some looks in the second quarter, getting into the lane to keep the defense honest and either shooting in close or kicking out for an open three. That saw Rockport cut the deficit to 24-17 at the half.

In the second half, the Vikings continued to chip away as a 10-2 run to open the frame saw them take their first, and only, lead of the game after Bowen Slingluff (team-high 15 points) buried a three-pointer to make it 27-26 Vikings in the opening four minutes of the third frame.

“We started to play more aggressively and we got back in it,” Whitley said. “Not only getting into the lane but knocking down some threes too. They had to respect the inside and outside game.”

The momentum, however, was short lived as Salem Academy immediately responded with a 5-0 run to take the lead back for good. That run grew to 13-4 over the final three minutes of the frame to give the Navigators a 40-30 advantage after three.

Rockport cut the deficit to six in the fourth, but the Navigators continued to make things difficult with tough defense and never let it get any closer than two or three possessions. Outside of a tough first quarter, the score was 42-40 in favor of Salem Academy the rest of the way.

Jorbert Peralta was the hot hand for Salem Academy with 20 points to go along with 13 rebounds. Dexter Brown had eight points and 14 rebounds while playing in the post on both ends of the floor.

For Rockport, Slingluff had a double-double with 11 rebounds to go along with his 15 points. Sam MacDowell had eight points and 13 boards while Benan Murdock had seven points, all in the second quarter to spark Rockport’s comeback bid.

The Vikings return to action on Friday at home against Georgetown (6:30 p.m.).