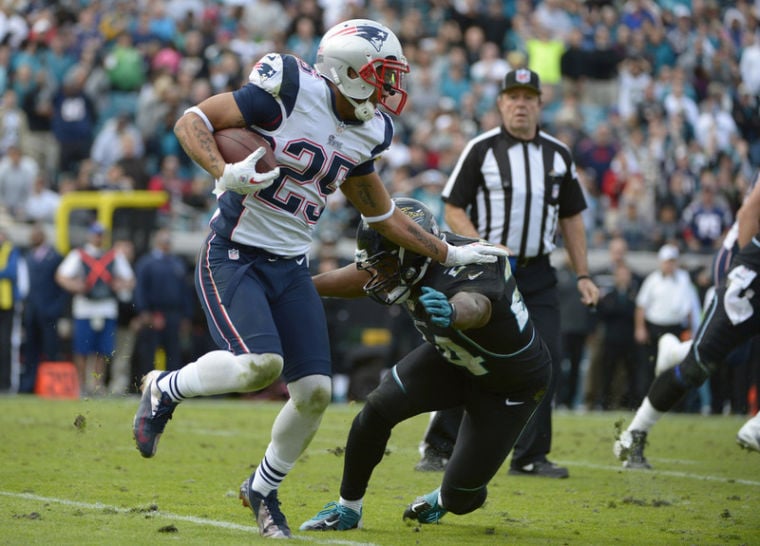 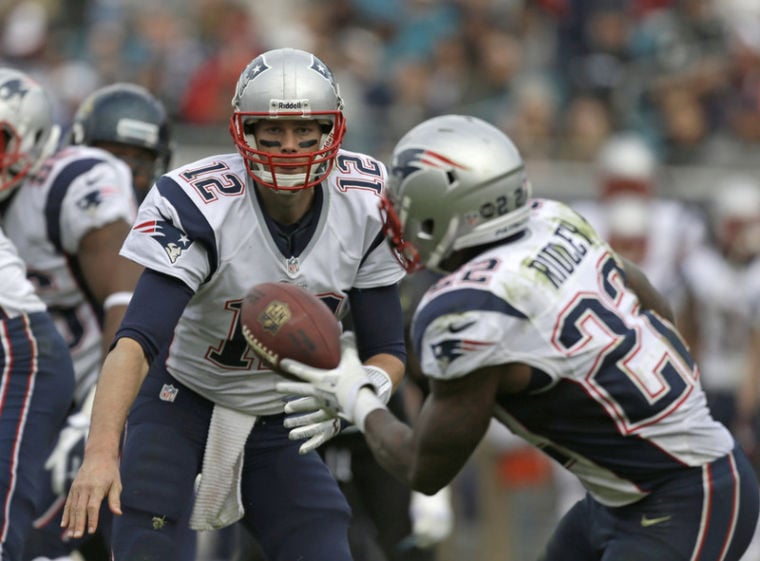 Patriots quarterback Tom Brady gets the ball to running back Stevan Ridley in the Patriots 23-16 win over Jacksonville on Sunday.

Patriots quarterback Tom Brady gets the ball to running back Stevan Ridley in the Patriots 23-16 win over Jacksonville on Sunday.

The New England Patriots are still on break from their precision-like mastery of the game of football, particularly on offense, but they were good enough to beat the second worst team in the NFL, 23-16, Sunday.

And in case you were wondering, there isn’t any bad news, particularly with every Patriots’ player of note in relative good health.

After an un-Patriots-like performance, the Patriots deserve our benefit of the doubt.

They’ve been so darn good for two months, on both sides of the ball, that we aren’t used to painstaking games the rest of the league, even the very good teams, partake in a few times per season.

One way of looking at Sunday, which saw quarterback Tom Brady get hit much more than normal and probably leading to his whopping two interceptions (he now has eight on the year), is looking at what happened to the Pittsburgh Steelers, New York Giants and Houston Texans.

All three teams lost Sunday, with different, yet painful, implications.

All because they each lost.

The Giants are an interesting case because they can’t handle success or being the best. At times, they have looked much better than last year’s “lucky” team — see Wes Welker drop or miracle Mario Manningham catch last February — but most of the time they’ve looked like the inconsistent Giants we’ve known since, well, forever.

“Turning it on” every January has been their mantra, at least in two of the last five seasons. But what we’ve witnessed since winning their first Super Bowl in after the 2007 season is only two double-digit win seasons. And that’s with very few major injuries, especially at the all-important position of quarterback.

The Steelers are the AFC’s version of the Giants. They are tough. They talk a little too much. And, despite winning two Super Bowls, they aren’t very good front-runners. While Ben Roethlisberger missed two games this season, because he tries to extend plays means he gets hit and hurt more often than Brady and Peyton Manning, the Steelers just had too many bad losses (Oakland, Tennessee and San Diego).

The Texans are officially in trouble. Their loss to the upstart Minnesota Vikings Sunday was one thing, but the are entering the playoffs with quarterback issues as Matt Schaub has officially dropped down the “slightly above average category” after flirting with “good” for most of the season.

Normally, I would say the Texans, which are still the No. 1 seed in the AFC, will have an easy game next week because it appears their foe, the Indianapolis Colts, will finish with the fifth seed no matter what. But the Colts are strutting with a swagger these days and they might want to beat the Texans — in Indy! — for respect.

The moral of the story is that winning in December is paramount. Ugly or not, the Patriots did their part.